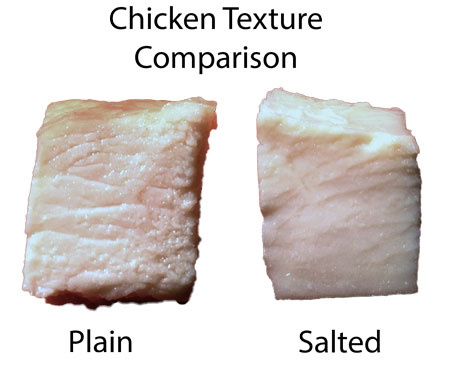 Consumers have been warned about the incorrect labeling of some frozen chicken products sold across the country.

“The description fails to inform the consumer that the product purchased by them is a composite foodstuff, consisting of chicken portions to which the processor added a brine-based mixture or solution,” health spokesman Fidel Radebe said. The brine-based mixture consisted of water, salt and food additives, including thickeners and flavourants, and was injected into the chicken portions.

Hadebe said in some cases the percentage of the brine-based mixture added to the chicken portions was as high as 30 percent, of which 29 percent was water.He said this negatively affected quality from a nutritional perspective, and increased the amount of salt present. Incorrect, or sometimes absent, labeling on the products was not a food safety issue.  “It is considered important that consumers are made aware of the situation regarding the actual contents of these products and to thus allow them the opportunity to use their discretion when purchasing these products.”