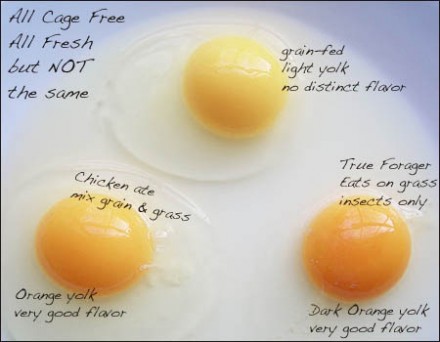 A person’s favourite way of eating eggs can predict their personality type, their job and even their sex drive, researchers have discovered.Using sophisticated maths and a process known as data mining, scientists have uncovered a statistical relationship between a person’s character, lifestyle and social class and whether they like their eggs boiled, fried, scrambled or as an omelette. The surprising results of the study help mark British Egg week – running from Monday (October 1 to 7) – which celebrates the taste, healthiness and versatility of British eggs.In the new study, the research team found that poached egg eaters are outgoing, boiled egg consumers are disorganised, fried egg fans have a high sex drive, scrambled egg aficionados are guarded and omelette eaters are self-disciplined.Researchers quizzed 1,010 adults across the UK who answered in-depth questions about their egg preferences and key aspects of their personality, as well as details about their lifestyles, family life and the way they prefer to eat their eggs. The study was carried out by Mindlab International, an organisation which undertakes specialist research into the psychology and neuroscience of consumer choice and preference.

The results of the survey utilised a mathematical framework called the Generalised Linear Regression Model. Variables from the survey – such as how a person scored on a number of personality type factors – were then put into the model in order to predict character and lifestyle from a person’s preferred choice of egg.

Poached eggs
The average poached egg-eater is likely to have two children and no more than one older brother or sister. They are found all across the UK and are more likely to be women than men. A taste for poached eggs increases as one gets older. Generally, eaters are also most likely to be outgoing socially and energetic extraverts. They may have a tendency to wear decorative clothing and prefer upbeat and lively music. They are also probably happier than most.

Boiled eggs
The average boiled egg-eater is more likely to be a woman than a man. They could be either working or upper class, and come from anywhere in the UK other than the South East of England. Boiled egg-eaters scored lower on the trait of conscientiousness and thus have a tendency to be more disorganised, careless and impulsive. They may also run a greater risk of getting divorced.

Fried eggs
Fried egg-eaters are most likely to be younger, male and come from Scotland. Fried egg fans are most frequently found among the skilled working classes and have older brothers or sisters. They are typically open to new experiences, creative, curious and imaginative. They are also more likely to have higher memorable dream recall, are better informed about sex, have wider sexual experiences and stronger sex drives.

Omelettes
A middle class favourite, the omelette is eaten less frequently than all other egg dishes and finds its greatest fans in Sheffield, Liverpool and Newcastle. Omelette eaters tend to be reliable, well organised and self-disciplined. They are more likely to have tidy homes. Omelette fans may live longer and are less likely to get divorced.

People with no children prefer scrambled eggs, while those with four or more prefer fried eggs – perhaps because of the speed and ease of cooking fried eggs in a big family compared to other egg types. Parents with two children are more likely to prefer poached eggs.

The order in which a person is born into their family can also make a difference – those born first or second prefer scrambled, while those born third or more go for fried eggs.

In the research, the questions were tailored to find results for variations in lifestyle and personality, star sign, birth order, region, gender, home ownership, number of children in household, newspaper preference and egg preferences. Personality traits were measured on how people scored in five key factors – extraversion, agreeableness, conscientiousness, neuroticism and open to experience.

Andrew Joret, Chairman of the British Egg Industry Council, says: “People seem to have very clear preferences when it comes to how they like their eggs and we always wondered why. Incredibly, this new research shows that the way you eat your eggs reflects a great deal about you – we call it the ‘eggs factor’. This indicates not just someone’s key character and personality traits, but also their family circumstances and even their star sign.

Andrew adds: “It’s amazing to think that just by knowing someone’s favourite way of eating eggs, it’s possible to fairly accurately gauge a large amount about who they are, where they live and what they’re like. But it doesn’t matter how you eat your eggs – they’re still nutritious, versatile and great value for money.”