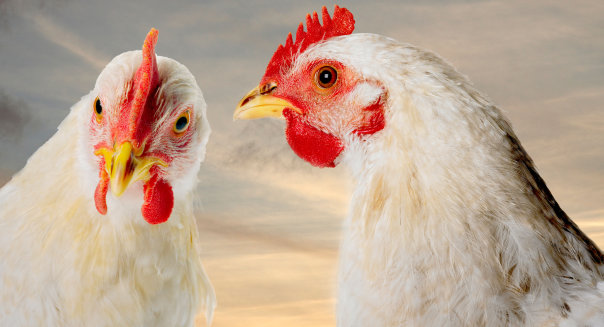 Chicken prices are expected to increase by 10 percent in the festive season.

Poultry prices are expected to soar by at least 10 percent this festive season due to increased demand. Increases of 20 percent are expected in the new year as stocks of maize, a major input into poultry feed, become depleted.
Only imports of duck, turkey, guinea fowl, geese and special chicken cuts are likely to keep the festive increases in check.

“The real problem is that maize (import) prices are not determined by local production costs. They are determined by the US Chicago Board of Trade. We are expected to run out of maize… and we will pay R1 000 (a ton) more than export parity prices,” explained Kevin Lovell, the chief executive of the SA Poultry Association.
He said the 20 percent increase might be conservative.

Regional and local duck producers were struggling, he said.
The demand-led price hikes come at a time when families gather and people socialise during the festive season.
At least 143 000 tons of white maize and 60 000 tons of yellow maize would have to be imported this season. The higher cost of maize and soya beans would weigh on margins since imports affected the positive momentum in pricing.

Philip Tozer, the sales and marketing executive at Astral Foods, said prices would be much higher than last year. He confirmed the expected 10 percent increase, attributing it to higher feed input costs and demand for poultry products during the festive season.

“The feed input costs have gone up and the demand is stronger in December.”
He revealed that in October to December 2008, maize prices were at a high, which sent chicken prices rocketing. However, in 2009, chicken prices fell 6 percent, while in 2010 prices increased by just 2 percent. “Compared with the last three Decembers, prices will be 5 percent higher,” he said.

Tozer forecast consumers would pay R1.50 more for each kilogram of chicken. The price of a 2kg bag of frozen mixed portions, which now sold at R34.99, would increase to as much as R39.99. A year ago, the same size bag cost R31.99, giving a 25 percent increase year on year next month, he said.

Jiten Bechoo, an analyst at Avior Research, said an expected surge in imports could limit price increases.
He said poultry prices had been lagging as a result of imports. “The stronger rand resulted in imports proliferating in the local market, which kept prices depressed.” Certain chicken products had already seen price increases of between 9 percent and 10 percent, so seasonal hikes could be limited.